The Virtual Human Toolkit is based on the ICT Virtual Human Architecture. This architecture defines at an abstract level what modules are needed to realize a virtual human, and how these modules interact. The basic functionality of each module as well as its interface is well-defined, but its actual implementation falls outside the scope of the architecture. The architecture dictates the implementation of a distributed system where communication is mostly realized using message passing. This allows for multiple implementations of a certain module and simple substitution of one implementation for another during run-time. It also allows for distributed systems, where different modules run on separate computers.

ICT has developed a general framework, consisting of libraries, tools and methods that serve to support relatively rapid development of new modules. Using this framework, ICT and its partners have developed a variety of modules, both in the context of basic research as well as more applied projects. The Toolkit provides some of the modules that have been transitioned from this research.

Please see below for a high level Virtual Human Architecture. 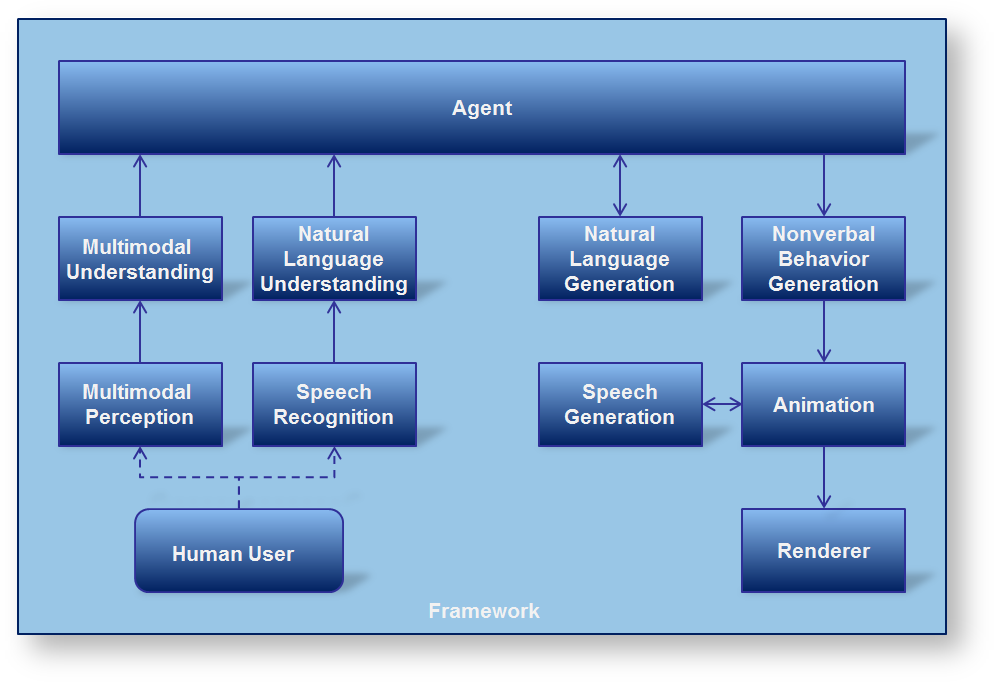 The Virtual Human Toolkit is a set of components (modules, tools and libraries) that implements one possible instantiation of the Virtual Human Architecture. It has the following main modules:

For a complete overview of all the modules, tools and libraries, please see the Components section.

The figure below shows a high level overview of the Toolkit modules. Instead of a full-fledged agent, the NPCEditor is handling all verbal in- and outputs. Note that since MultiSense (perception) is currently included as a basic proof-of-concept, it is directly communicating to SmartBody. A deeper integration with the system would require MultiSense to communicate with the NPCEditor, a dialogue manager and/or the NVBG instead. 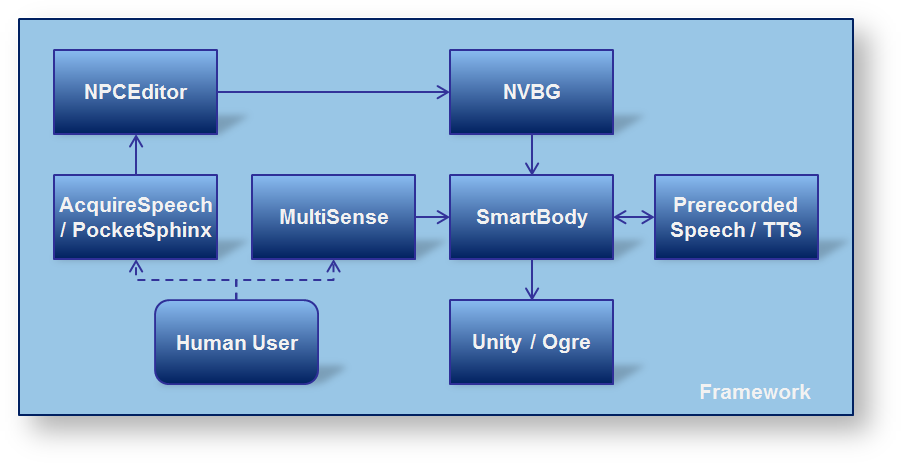 A more detailed overview is depicted below. The bold arrows indicate a direct link between modules, either TCP/IP or included DLL. All other links show what messages are passing between modules; see Virtual Human Messaging for more details. 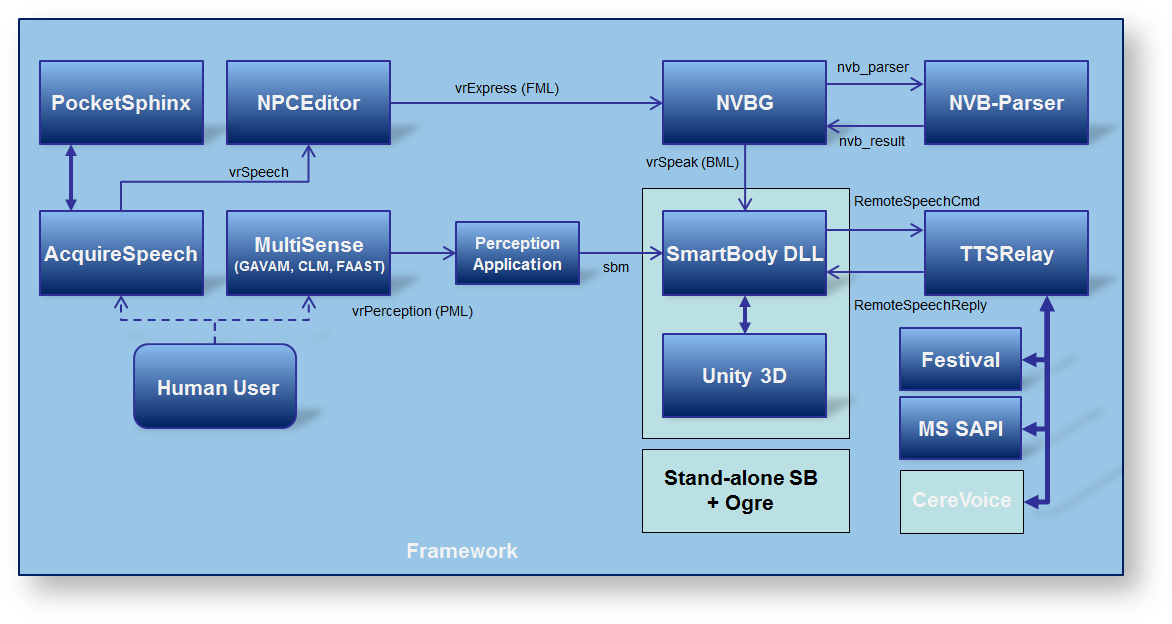 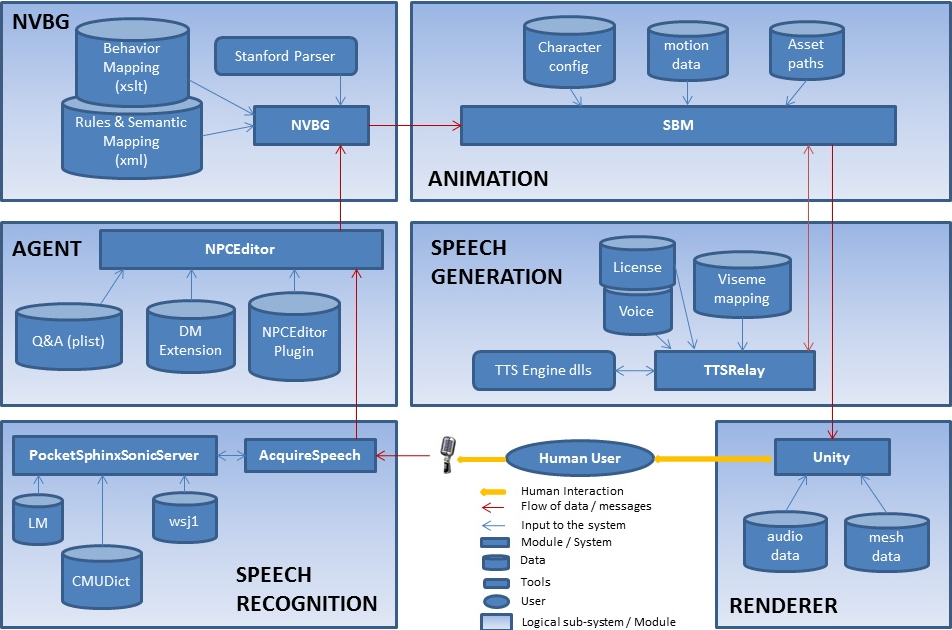 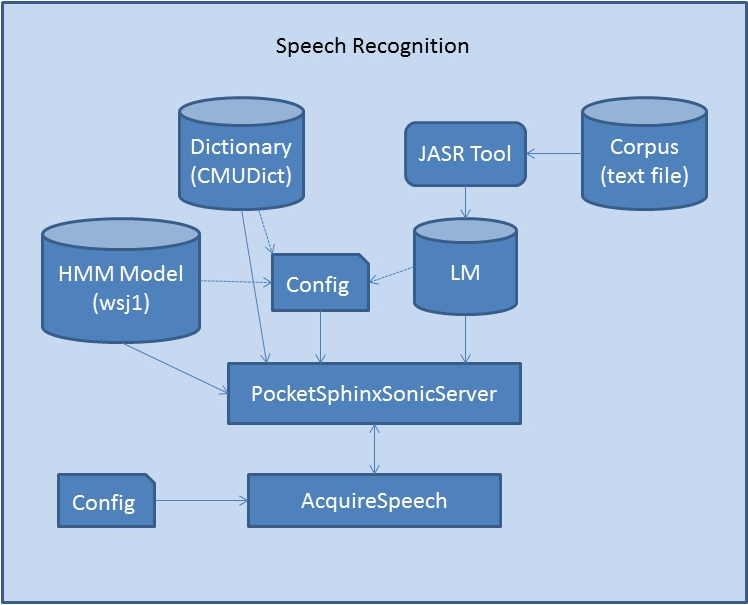 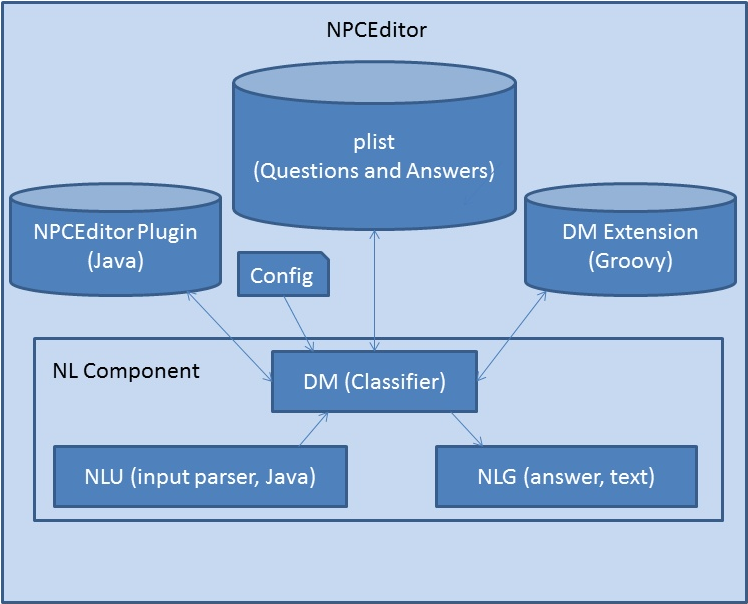 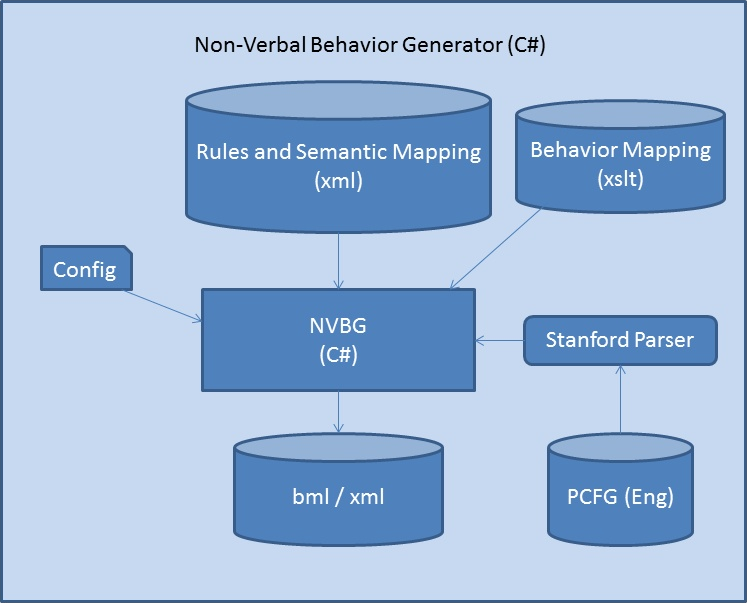 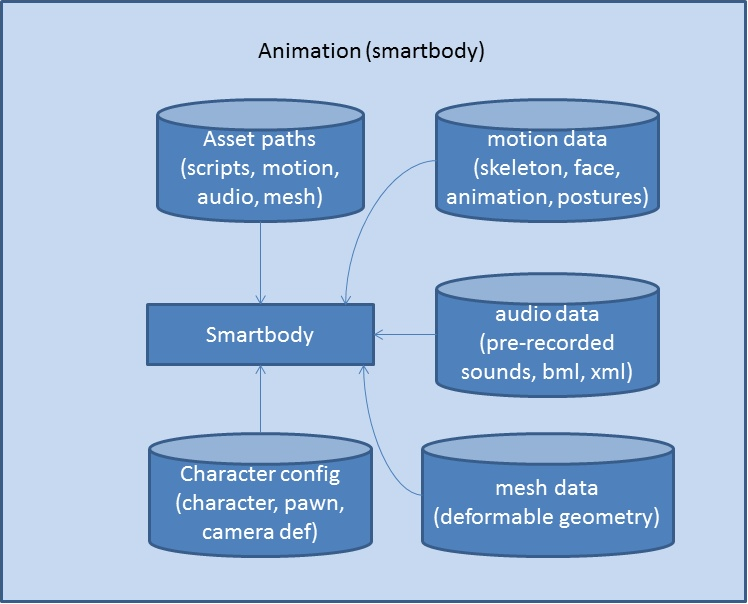 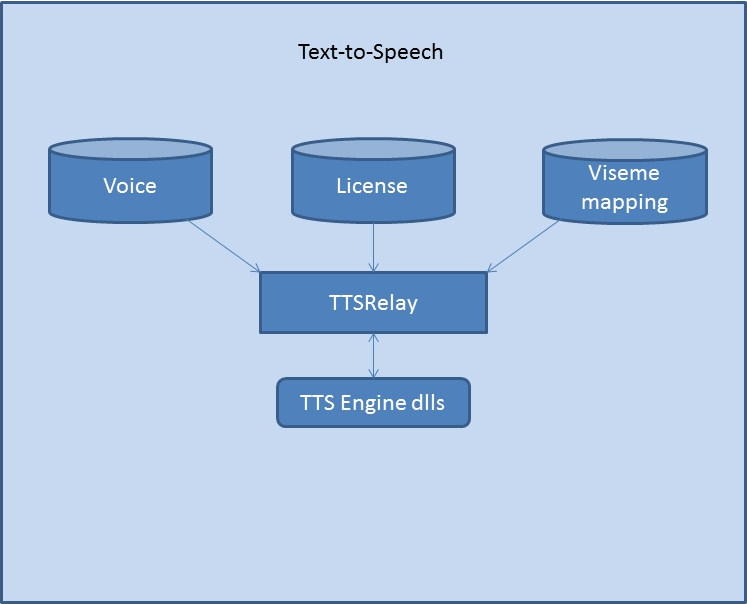